“Along the riverbanks beware

People disappear down there

That’s where the legend

“The Cascade Mountains used to be the heart of Yakima Washington, a landscape burning with color this time of year. That is before the trembling aspen and maple pine leaves lay to rest on the surface of the Snohomish. A river that divides the land into two parts of a long-forgotten whole. The days belong to the locals here. You’ll find them on the river banks catching salmon and crawfish under the pillars of the waterfront restaurants. A feeding ground primed with entrails. But the nights. Well, the nights are seasoned with tourists who camp near the river’s edge.

“All are hoping to catch a prize picture of the myth we relics call Qah-lin-me,” Harry said.

“Do you want to hear the story or not, son?” Harry slowly got up from his chair and grabbed a match from the yew wood box on the mantle. He flicked the matches burgundy tip with his yellowed thumbnail and lit the tobacco in his briar pipe, puffing a few times in succession.

He sat back down in his rocking chair that creaked a familiar greeting, crossed his bony legs, closed his eyes, and began to rock. His long silver hair looked gold in the light of the fireplace, which snapped at the bitter cold. He looks just like his absent father.

“Sorry for interrupting grandpa.” Marc watched the sweet-smelling smoke from his grandpa’s pipe dance up to the rafters of the aged-wooden cabin and disappear into the darkness. He drew his knees up to his chest, pulled the blanket tighter around his shoulders and began to rock back and forth in the four-legged wooden chair opposite his grandpa.

“Well, Marc. This isn’t the kind of story your mama may have told yah,” Harry said. “There’s truth in it that can’t be reeled back once it’s cast. Do you understand me, boy?”

“I think so,“ but the truth is, he’s not sure at all what his grandpa meant.

“The land,” Marc reminded him.

“Oh yes. The land. The remaining nine million acres. It was pummeled by white men for the gold that lined the caves deep within the Cascade Mountains. After a while…fool’s gold was the only lot to be found there. So. The land turned into a ghost town. That is until “The Greater Yakima Chamber of Commerce” voted to tear down the desolate houses and till the land readying it for planting. The town council elected entrepreneur Jacoby Peters to be Mayor. My father and your great-grandfather, son. But. I wouldn’t brag the point if I were you.

Marc’s mother told him that his great-grandfather had, as she put it, “met with an unfortunate end” when Harry was a child, but Marc was never told how he died. He was going to ask his grandpa that very question, but then stopped himself. He knew better than to interrupt him a second time.

“My father was a man who was fueled by power and pure greed,” Harry continued. He turned his gold into hundreds of Braeburn apple orchards. He also worked the men in his employ. All Yakima Indians. To death. Literally. The rat bastard.

“Pardon my tongue, son.” Harry took two puffs from his pipe and exhaled the smoke through the large hairless nares in his long nose.

It made him look like a dragon, Marc thought.

“My father wasn’t always bad, mind you, Harry went on. Nobody enters this world bad. Lucifer himself was an angel until he fell from God’s grace. But. In the case of us mere mortals. Well. Money has a way of turning the most God-fearing pauper into a greedy, heartless creature.”

A dark shadow that enveloped the east side of the cabin was quickly moving west towards the Snohomish. Harry stopped his chair in mid-rock and turned his head towards the front window of the cabin. He gazed off into the distance, past the briar patch and the turbulent river, at a campsite across the way. He thought he heard a young girl scream.

“It’s time,” Harry whispered to himself.

Taking the Fear Out of Writing Short Stories: For Beginners → 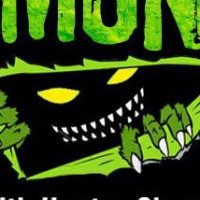